Get The Best Traveling Bag For A College Professor

What Is The Best Fill For Your Sleeping Bag?

Check-list to make a surprise party successful in Toronto

Everything you need to know to go to Saranda, Albania

Facilities One Could Get With an Excellent Property Manager

South Africa is a diverse and beautiful country, almost the size of France or Spain. This diverse country offers a variety of things to do and see to its visitors. From unique culture to stunning landscapes, South Africa is a country which has something for tourists of all ages. South Africa offers everything which a traveler seeks in a holiday destination: good weather, spectacular views, beautiful beaches, delicious cuisine and most importantly, kind hearted and welcoming people. Each of the 9 provinces of South Africa has a lot to offer in terms of tourism.

Although we are pretty sure that every corner of this country is going to surprise you, but you’ll be amazed to see its picturesque landscapes that will leave you speechless. All of these unique experiences will make South Africa forever engraved in your heart and it will make you visit this country again and again.

South Africa enjoys somewhat a tropical climate with temperatures varying across the regions. It is characterized by two main seasons: the dry season from April to October, and the rainy season, from November to March. You can visit the country throughout the year, although it is more enjoyable to take a tour of the national parks in the dry season. On the other hand, a vacation on the beaches of Cape Town will be ideal between November and March.

See our guide of monthly climate and plan the best time to visit South Africa for an adventurous holiday!

Unlike in most countries, Januarys in South Africa are generally warm, but not too hot. So, it is a nice time to go and explore the outdoors. It is also the perfect time to hit the beaches of Cape Town because they are not swarmed by tourists, hence the rates are pretty low. Plus, the beachy breezes are very clam and relaxing, allowing you to spend a lazy afternoon to rid your mind of any worries and tensions. Average weather temperature in South Africa in January ranges between 18 C and 21 C degrees.

By February, because of the warm temperature, the beaches start to attract tourists and result in numerous night parties that go on until the latter hours of the night. At many places such as Kgalagadi, it gets really hot and stuffy in February. But there are also times when many places get subjected to heavy summer thunderstorms, so it is always nice to carry an umbrella with you at all times. In warmer parts of South Africa, temperature often gets as high as 29 C. However, in the night time, it can also drop to 16 C.

By March, the high season starts to subside, migratory birds start to return and the weather, which previously used to consist of thunderstorms, gets reduced to occasional bursts of an overcast in the afternoons. Temperatures stay between 22 C and 27 C degrees in March with around 12 hours of sunshine a day. This is still a good enough time to visit the beaches because they are not so crowded and besides, after that the weather starts to change, making the beach experience not so enjoyable.

If you’re visiting Africa, you cannot not go see the wildlife. Hence if you’re planning on doing that, you should definitely try to do it in April as this month is considered the prime time to see wildlife as the migratory birds have returned and due to the first rains, the scenery has become very lush. The weather is very pleasant and whenever afternoon thunderstorms do occur; they don’t affect the safari experience in any negative way. Plus, the Klein Karoo National Arts Festival also takes place sometimes around the beginning of April. Average temperature in April pretty much remains the same with 23C degree.

Winters in South Africa begin in May but since it is just the start, temperatures are still very comfortable during the day and only get chilly either at night or early in the morning. This is also a low season for tourism, which means the parks are delightfully uncrowded. Because it is a dry month, game-viewing is also amazing because of the sparse vegetation. Temperature remains between 25 to 28 C degrees but as the winter approaches, it can get slightly colder with fog in some areas.

Winter rainfall begins in Cape Town in June making it a not so ideal time to visit if your plans are to view wildlife or explore the outdoors, however the north and east of the country is still generally dry. June is the ideal time for whale watching in the appropriately named Whale Coast. Cape Town, on the other hand, offers less chilled weather with temperature rising above 18 C. However, early mornings and evenings can get colder across the country. 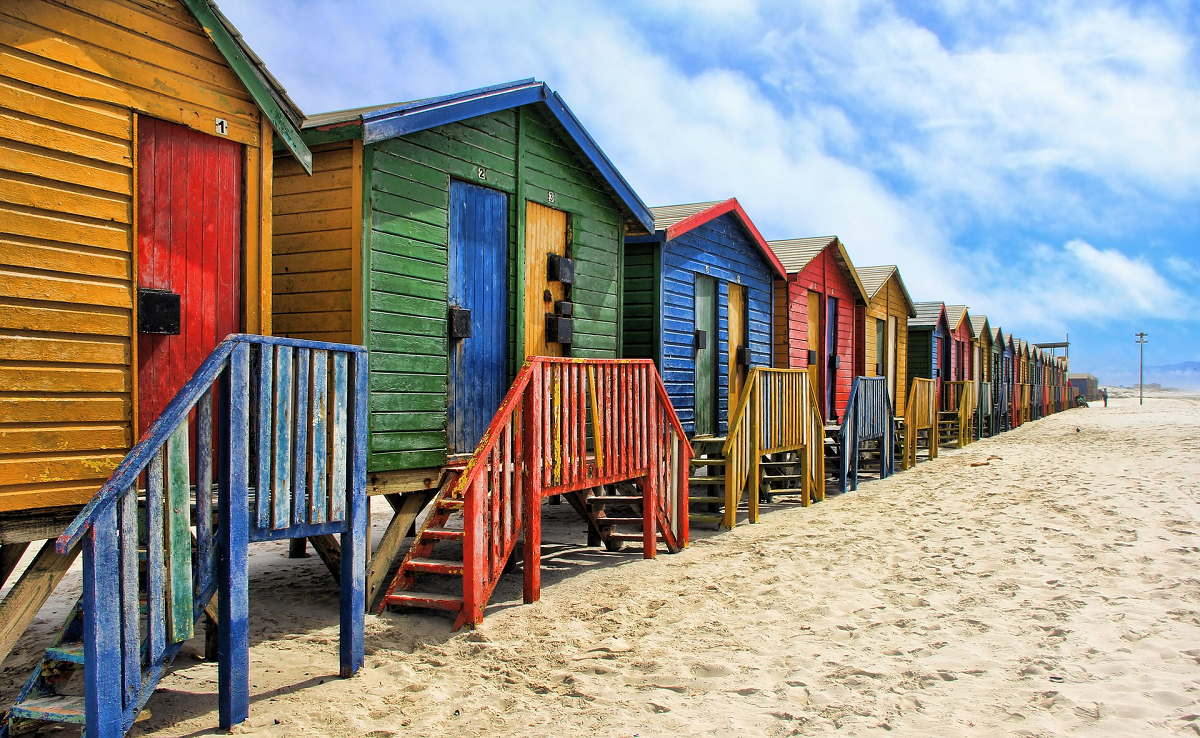 The number of South Africa specific activities that can be enjoyed in July are too many to count. Since the weather is pretty dry, vegetation is very sparse, which means most of the wildlife is huddled near water bodies and, hence, can easily be spotted. Whale watching near Hermanus is another favorite among visitors. July is also the season of the great sardine run which can be viewed either from a boat or if you want to get a closer look, then while scuba diving. Once done with animal watching, you can also entertain yourself by hiking and cycling around the picturesque landscape. Famous tourist destinations such as Cape Town sees a drop in temperature with an average of 7 C in the evenings.

The Western Cape is still quite cold in August with the temperatures dropping significantly in the later parts of the night and the earlier parts of the day hence it is advised to pack nice warm clothes for your trip if you do not want to catch a cold. It is still a great time for wildlife watching. However, in some parts of the country, temperature makes it hard to travel around with an average of 13 C which further drops during the evenings and night time.

September is generally a low season for tourism and a great time to head on over to the wildlife parks, such as those in Kruger, because animals are much easier to spot. The days are usually sunny with little to no rain and very few mosquitos to act as a nuisance. The best part about visiting South Africa in September is that it is when the whale numbers are at their peak; so, whale watching is an experience not to be missed. Temperature in September slightly goes up as compared to the previous months with an average of 13 C which can rise up to 19 C during the day time. 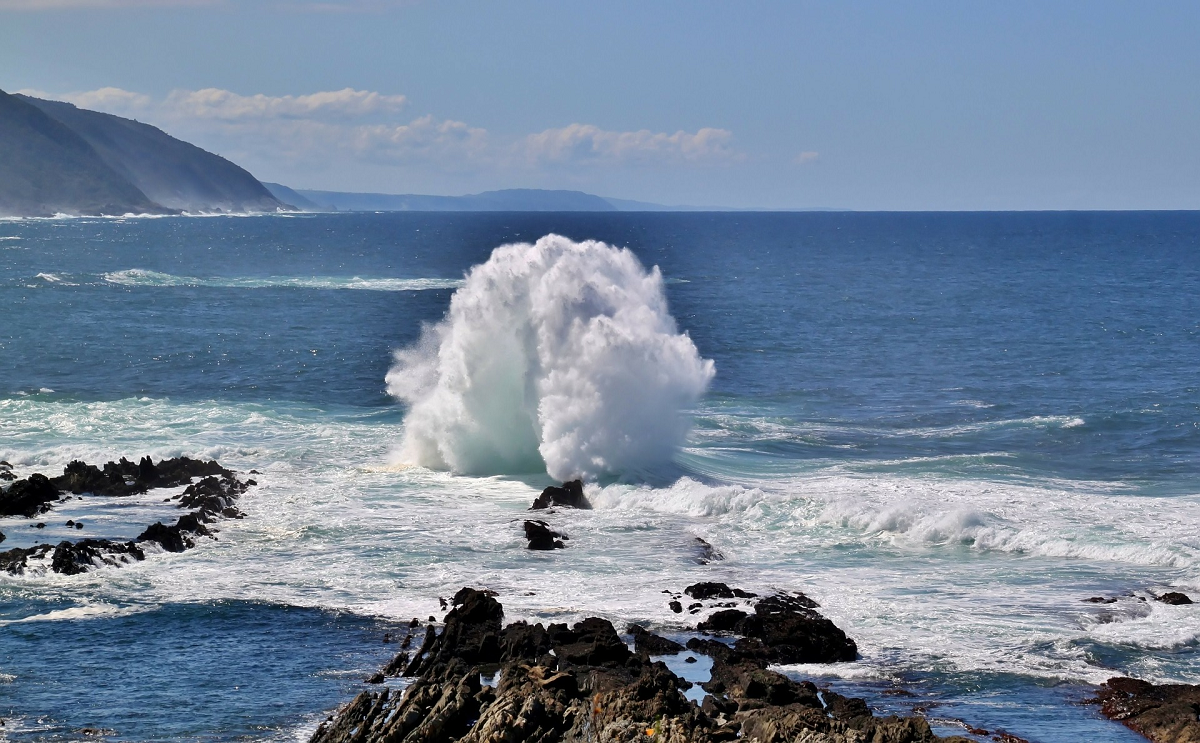 The weather is still very dry with average temperature ranging from 16 C to 21 C degrees. Safari experience in Kruger, Pilanesberg, KwaZulu-Natal and Madikwe is also superb. It also marks the beginning of the rainy season outside the western capes and the Northern Cape becomes carpeted by wildflowers, making the scenery a sight to behold. October is also the best time to view the ancient galleries in the Cape Town.

With November begins the time when South Africa experiences the hottest temperatures and as a result, the coastline becomes particularly crowded with locals and foreigners trying to beat the heat by cooling off in the sea. With the summer rains making a come through, Kruger gets transformed into a lush green landscape, making it a perfect time for some natural, outdoor photography and bird watching. On top of that, it is also the time when many animals give birth, so you are sure to spot a cute baby animal or two if you really try to look for one.

With school holidays and Christmas around the corner, December becomes one of the busiest times of the year. The beaches get crowded, malls are swarmed with people, busy getting their Christmas shopping done, and the night life also becomes a lot more exciting. This is also when the temperatures are really warm. But if you’re lucky, you can still manage to spot some humpback whales along the coast of Hermanus.

South Africa is a destination that can be visited any time of the year due to its different climates in various regions. The Cape Town has the dry and warm weather between November and February but if you want to spot the whales, you must consider your trip between July and November. On the other hand, northern areas can be affected with rain but that shouldn’t discourage you from visiting South Africa.

If you want to travel in a month where you can enjoy almost everything including sightseeing and wildlife watching, and at the same time, you want to avoid crowds, you should visit the country in September.

September, according to us, is the ideal time for the visitors to enjoy their vacation to the fullest while experiencing almost all the major adventures this country has to offer!

If you got hooked now, and want to start packing your bags for this amazing adventure, make sure to check out the German website from Backpackertrail. There you can find even more detailed information about the weather in South Africa, each month; and even more general information on what to expect during your journey on the other continent.

Get The Best Traveling Bag For A College Professor

What Is The Best Fill For Your Sleeping Bag?

Check-list to make a surprise party successful in Toronto

Everything you need to know to go to Saranda, Albania

Facilities One Could Get With an Excellent Property Manager